Tariq Shaik is the Big Ticket’s latest weekly cash prize winner from India, taking home prize money of AED 300,000. An Indian expat currently living in Qatar has won Dh300,000 in Big Ticket’s weekly draw after getting lucky with the ticket number selected by his two-year-old son.

Tariq Shaik, a resident of Qatar, has been buying Big Tickets with his friends every month for the past year. And he is delighted to have won during the holy month of Ramadan.

“Due to the electronic drawing, we purchased the ticket early this month rather than late in the month as we usually do.” Tariq said.

The winning ticket no. 108475 was picked by his son. “This time, I had my two-year-old son choose a ticket number randomly, and he picked the winning number. As a result of my son picking the number, I have won today.”

Congratulations to Shaik Tariq Our third week AED 300,000 weekly electronic draw winner! Did not win today? Don’t worry you still have time to enter until the 30th April , Just buy your Big Ticket for The Dream 12 Million promotion.

Who won the Big Ticket Weekly Draw This Week

What is the winning Ticket Number for Big Ticket on April 23?

Tariq Shaik – An Indian expat based in Qatar is a Big Ticket’s weekly draw winner of the day. 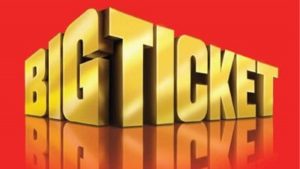