As Virat Kohli steps down as India’s Test captain after his seven-year stint, here’s looking back at some of the best Test wins for India under him – India’s greatest Test.

After a loss by 333 runs in Pune, India turned up in Bengaluru against a strong Aussie side with their home dominance under threat.  Bowled out for 189, India turned it around with Ravichandran Ashwin and Ravindra Jadeja taking eight combined wickets as Australia were bowled out for 276. India made 274 in the second innings thanks to Cheteshwar Pujara’s 92 and Ajinkya Rahane’s 52 and set Aussies a target of 188. Ashwin then picked up six and Umesh Yadav contributed two vital wickets, including that of danger man Steven Smith, to bowl Australia out for 112 and help India win the Test by 75 runs.

Having lost the series already despite putting up strong performances, this Test, the third of the series, was about making a statement for Team India. On a spicy wicket, there was little separating the sides after the first innings. In the second, Kohli himself and Ajinkya Rahane played crucial knocks to help India set a 241-run target. Despite Dean Elgar’s fighting 86* on an uneven surface, India’s quicks, egged on by Kohli, ensured the South Were bowled out for 177. 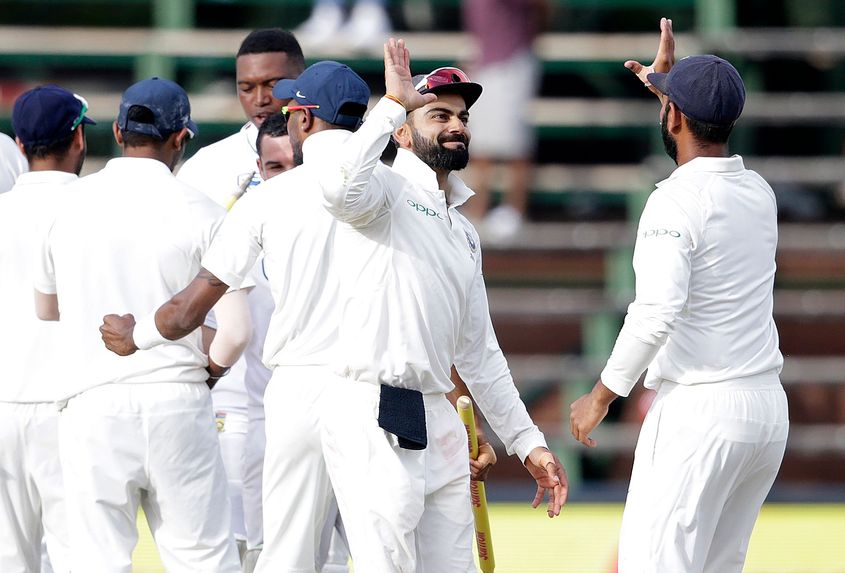 0-2 down in the series already, India needed to make a comeback in this Test and Virat Kohli led from the front with a spectacular hundred to give India a huge win. Kohli’s 97 paved the way for India making a good first innings total. Hardik Pandya’s five-wicket haul gave India a huge lead and then Kohli made 103 in the second essay to help India set a humungous total. Despite Jos Buttler’s ton, Jasprit Bumrah’s five-for ensured India wrapped up the Test. This was just India’s seventh Test win in England.

The win in the first Test of the 2018 tour of Australia in Adelaide paved the way for a historic series win for Team India under Virat Kohli. India gained a slender 15-run lead in the first innings but the batting put up a bigger total on board in the second innings to set Australia a target above 300. Australia came close with their lower order batters putting up a stiff fight, but India nailed a win by mere 31 runs to take a 1-0 lead in the series. They would go on to create history Down Under, winning their first-ever Test series in Australia. 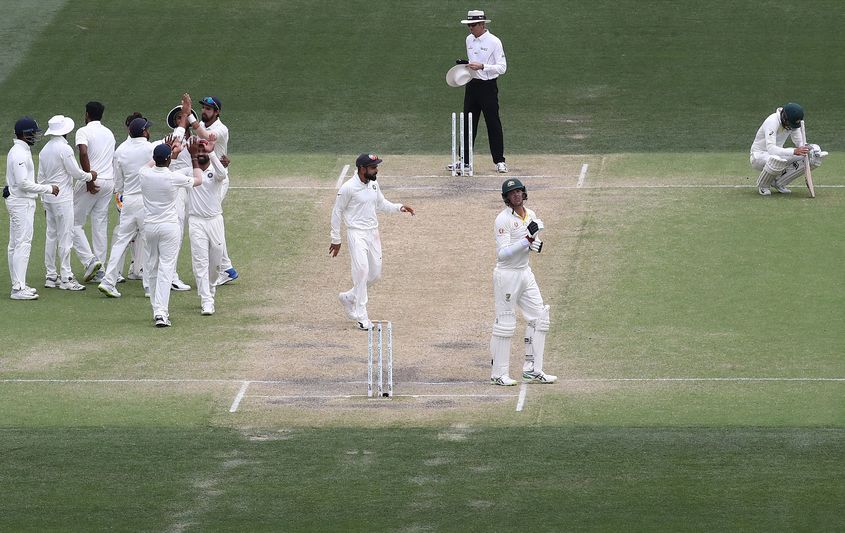 The hosts took a lead after the first innings in this second Test match of India’s 2021 tour of England. India set up a competitive target with several batters contributing, but they were in a race against time to bowl England out to register a win in the Test. Led by the quicks, India reduced England to 90/7. Jos Buttler and Ollie Robinson put on a defiant stand for the eighth wicket, playing out more than 12 overs, but Jasprit Bumrah broke the stand and it opened the floodgates for Mohammed Siraj to take two wickets in one over and clean up the England line-up with light fading on day five in the Home of Cricket.