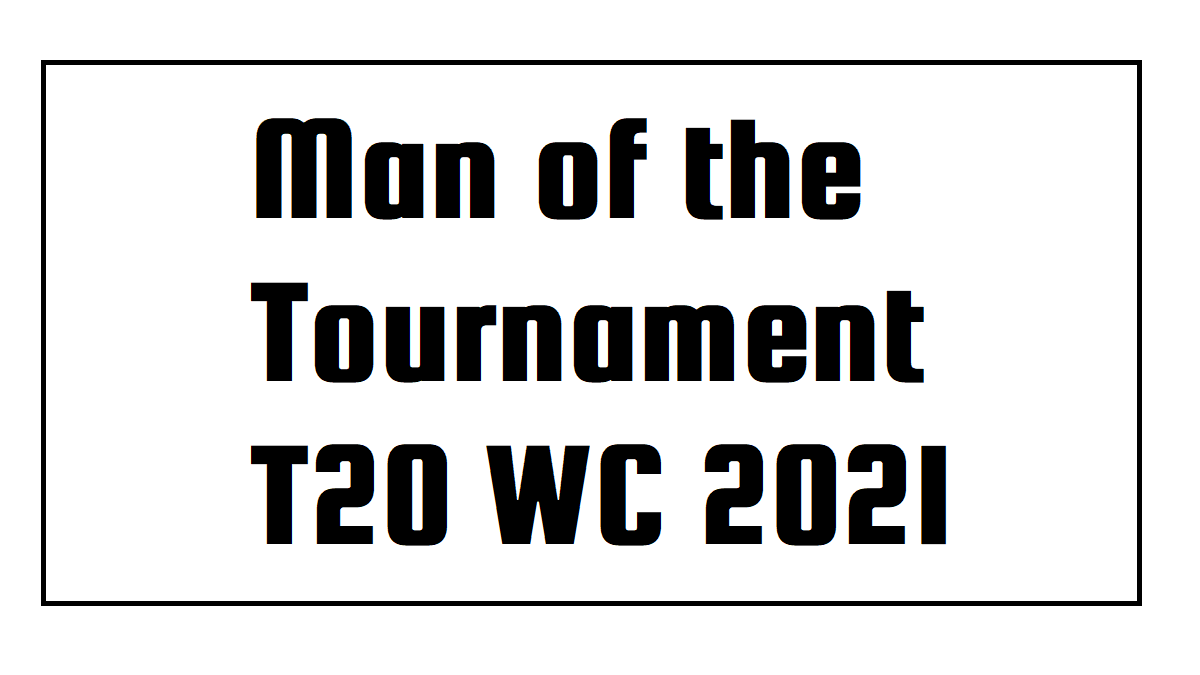 Man-of-the-Tournament: Everybody used to say Why he was selected in the T20 world cup squad in the beginning but he proved that all are wrong with his response through his batting. That is none other than David Warner. Warner made 289 runs in 7 matches in T20 WC 2021.

Can’t believe people wrote him off saying he was done (Warner). That’s when he plays his best cricket. Was almost like poking the bear.

Warner scored 53 off 38 with four fours and three sixes as Australia chased down 173 in 18.5 overs for an eight-wicket win at the Dubai. David Warner achieved a big milestone with his fifty in the eight-wicket win over New Zealand in Sunday’s T20 World Cup final in Dubai. David Warner was rewarded with the Man of the Tournament award as he ended up as Australia’s leading run-scorer.

David Warner awarded with Man of the Tournament in the prestigious T20 World Cup for this brilliant batting performance across all the matches from Super 12, Semi Final and the final. Australia’s Warner named Player of the Tournament for his 289 runs

289 – David Warner‘s run-tally in this tournament, which is the most for Australia in a single edition of men’s T20 World Cup. Warner surpassed Matthew Hayden’s 265 runs during the 2007 T20 World Cup . Kevin Pietersen (England, 2010) and Warner (Australia, 2021) are the only players to win the Player-of-the-Tournament award at the men’s T20 World Cup from a title-winning side.

The man who all are supported and believed his words are Australian Captain Aaron Finch and Glenn Maxwell. He didn’t perform well in the Practice match or warm up match or in the first 2 innings. But Everybody knows that he is one of the dangerous batsmen in the T20 format and team backed him for his experience. Both of them are correct in the way how the believed him and supported from the back to perform. David responded with the bat and he was selected as a Man of the Tournament in the T20 World Cup 2021 in Dubai.

He say “Always felt really well. Didn’t get much time in the middle in the two practice matches obviously. But for me it was about going back to basics. Going to hard, synthetic wickets and try to hit some balls. Definitely up there with 2015. Being part of the World Cup final against England a decade ago definitely hurt. These guys are a great bunch of guys. Great support staff, great team, great support back home. Just wanted to put on a great spectacle for everyone. Bit of nerves around with a good score on the board. Just great to see the guys deliver.” – David Warner after T20 World Cup winning presentation.

Warner muscle Australia to T20 World Cup glory and their maiden Title in 2021.